skip to main | skip to sidebar

The Pirate Bay is back online

Ok! Good news! The Pirate Bay is back online and it looks like our first REWORKED volume is still out there and there is also one seed available and it is not me... From now on look only for versions with REWORKED on title. All the new versions will be tagged with REWORKED and the YEAR. Here is Volume one on the new The Pirate Bay.

Hello boys and girls, REWORKED Volume 03 can be found here:

ALERT TO ALL DOWNLOADERS

There is a problem with DVD01. The structure of the dvd we are seeding is blocking the access to the dvd menu because there is a wrong name on a file. Look into the VIDEO_TS directory and search for file VIDEO_TS_MENU_1.VOB. Something went wrong because my DVD has that file but not with the same name. I used DVD Decrypter to rip my dvd and somehow that file got a new name.
BEFORE BURNING THE DVD go to the downloaded folder and rename the file and see if it works. Rename it to VIDEO_TS.VOB it worked for me here. I am sorry for that mistake, really sorry i did not notice that...
Posted by ziggy at 19:37 No comments:

Hello, 2015 and news are here. The REWORKED project has a new life and after The Piratebay has been put down we had to find a new way to spread the word. In between we made it to Facebook and you can find everything there aswell. For sure news will arrive there first. So, visit us there and drop a like on our page.


Also volume 02 has been REWORKED and it is now available. Volume 03 is in the oven.
Volume 01 and 02 can be found here:


Take it if you want but remembre to seed without seeds this project will die. Also if you download something is nice to spread it for a while also. Courtesy is welcome ;-)
Enjoy

PLEASE!! Don't waste your time, space and bandwith on the old links of this collection. Go for the new stuff. Better quality.
In 2 days i will delete the old Vol 01 Torrent from the TPB tracker.
The other links will go down as new volumes are posted.
All the new versions will have "REWORKED" on the title.
Posted by ziggy at 18:24 1 comment:

Well this is a great day we now have at REWORKED version of this project.
From the first moment i was not pleased with the outcome of the project. Quality of the recordings was not right (mainly audio) and some of the DVD's had a lot of problems. So, i decided that this needed a REWORK when i could do it. Finaly that day arrived and now due to a better way of capturing my old VHS tapes the outcome of this is much better.
The setlist of these reworked versions will be the same but quality will be much higher than the first versions of it. Also new volumes will happen.
So, drop the old ones and grab these.
Hope this will please you and gives you much joy has i had putting this up. Just a special word for the band who made all this possible, without them and their music this would not be here. Thank you boys.
http://www.deus.be go there vist the website and enjoy.
On http://www.hotellounge.be you can find a new version of the late dEUS Forum. News about this project will also be placed there.
Here is the link for REWORKED Vol 01
http://thepiratebay.org/torrent/6979059
Posted by ziggy at 17:12 No comments: 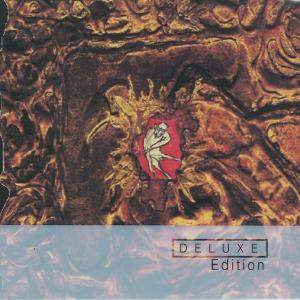 Well it looks likea few material listed in our first volume will see the light of day in better conditions included on the Deluxe edition of WCS. GREAT! From December 4th you can get your hands on this piece of jewellery from Antwerp.

Well here we still are and with a new volume filled with great material. This one has put up a good fight to be born. Getting all the footage from the 0110 concert was not easy. Not easy at all. A lot of people had a bit of it but no one had the full thing. But we made it and here on Vol08 you can find the full broadcast of the dEUS gig on the 0110 event. A BIG THANK YOU for ALL who made it possible. Remember that Via and What We Talk About were not broadcast and also Youth Against Fascism was not broacast in full.

This is the full tracklist for Vol08

I find this volume very interesting not only because of the 0110 but also the Nick Cave interview is a nice piece, the Roxy footage is GREAT! Great version of Via. The tv coverage is nice to watch a pitty i don't understand a word :-) but the interviews should be nice. Les Eurockéennes shows a cool band on stage and finishing with Humo's, even if it is only one song, it is a nice touch for a volume 09. What do you guys think? Footage of the summer shows should be on air soon. So, can i ask for someone to record it and deliever it or produce vol 09? Does anybody have more old material that is considered relevant to produce more volumes? It would be great if we could do 10 volumes of it. Who's up to it?
Meanwhile enjoy this one.

P.S. - I see and were also told that are people stuck dowloading previous volumes, specially vol04. Can somebody help? Please?
oh and there is no cover yet for this one but expect one soon.
Cheers
Z
Posted by ziggy at 12:13 1 comment: